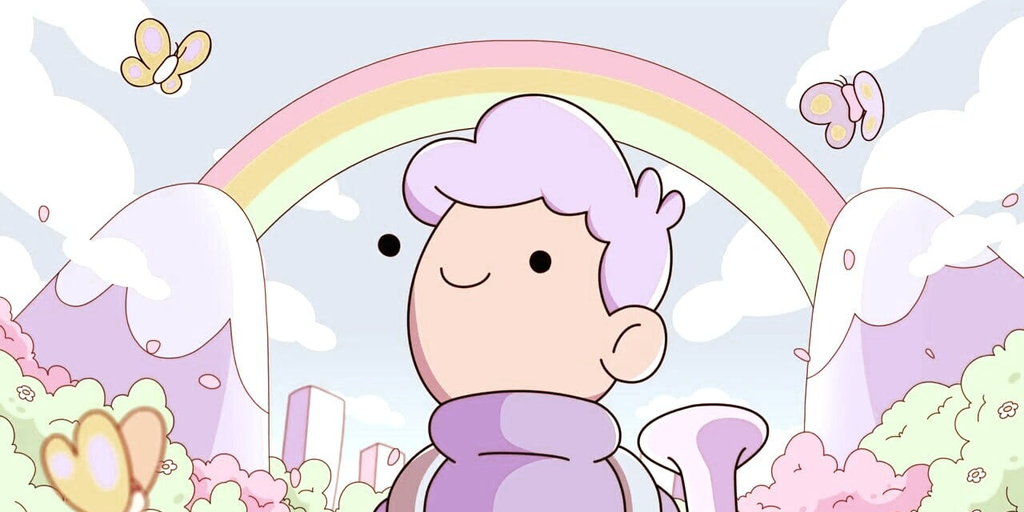 Doodles is one of the most prominent Ethereum NFT projects around, with colorful profile pictures (PFPs) that stand out on social media, more than $550 million in trading volume to date, and musician Pharrell Williams as its chief brand officer.

But for its next big drop, Doodles is heading to the Flow blockchain.

Today, Doodles announced that its upcoming larger-scale Doodles 2 project will launch on Flow, the Web3 platform best known for sports NFT projects like NBA Top Shot and NFL All Day.

Doodles 2 was first announced last June at an NFT NYC event. It retains the pastel, cartoonish style of the original series and artist Scott “Burnt Toast” Martin, but is said to span millions of NFTs instead of the 10,000 avatars in the first Doodles series.

It will also let NFT holders endlessly customize their characters for use in games, on social media, and elsewhere. Owners of Doodles 2 NFTs will be able to personalize the look of their avatars, including the body, apparel, expression, and accessories.

Doodles will release digital wearable items for the NFT avatars “via limited-edition IRL drops tied to specific events and brand collaborations,” it said in a press release, with the items then tradeable on the Gaia marketplace on Flow.

At NFT NYC, the team said that Doodles 2 would launch on a different blockchain platform than Ethereum due to the customization element, as Ethereum mainnet transactions can carry expensive network gas fees. Some in the NFT space had speculated it would be Solana, or perhaps Polygon.

Flow is an unexpected pick, and a coup for Flow creator Dapper Labs. Doodles will be the first high-profile NFT project to start on Ethereum and shift over to Flow, which has seen dwindling NFT activity in recent months as its token price has fallen sharply. Dapper Labs laid off 22% of its team in November amid broader NFT market slowdown.

In its announcement today, Doodles said that the Flow launch will “mark the start of a future of strong cross-interoperability with Ethereum.” The launch of Doodles 2 NFTs will be tied to the existing Dooplicator NFTs on Ethereum that were offered free to existing Doodles NFT holders last June.

A Doodles representative told Decrypt that Flow blockchain developers helped create an app-specific bridge for the project that lets NFT holders use their Doodles characters across the chains. If a collector connects an Ethereum wallet that holds both a Doodles NFT and Dooplicator NFT, then they can use the Dooplicator to create wearable customizations on Flow.

The bridge app will then prompt the user to connect a Dapper wallet on Flow to receive the wearables. The Doodles 2 rollout will begin on January 31 for existing Doodles NFT holders, the team said, with additional details to follow before then.

Interestingly, Dapper Labs helped create Ethereum’s NFT standard back in 2017, and its project CryptoKitties nearly took down the network as users flocked to collect and trade digital cats. Dapper decided to create its own blockchain platform as a result, and said in 2020 that it would also bridge CryptoKitties from Ethereum to Flow—but that still hasn’t happened.

Doodles was valued at $704 million in September when it announced a $54 million fundraise led by Reddit co-founder Alexis Ohanian’s Seven Seven Six firm, with participation from 10T Holdings, Acrew Capital, and the now-shuttered FTX Ventures.

On Monday, Doodles announced the acquisition of animation studio Golden Wolf, which has worked on projects for Disney, Adidas, Adult Swim, Nike, and PlayStation, among other brands. Golden Wolf previously produced the Doodles 2 animated teaser seen above.

Stay on top of crypto news, get daily updates in your inbox.