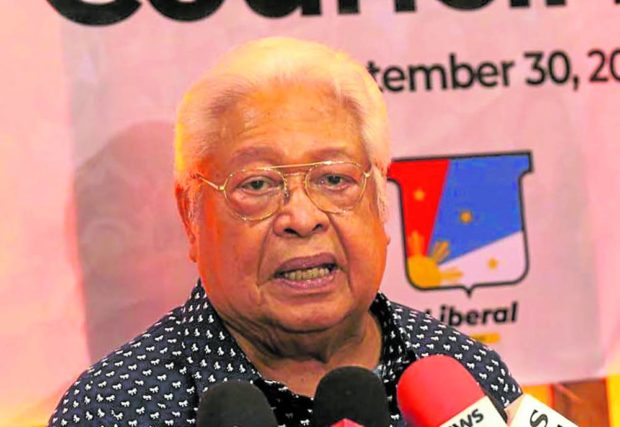 Lagman in a statement on Tuesday explained that the dividends from GOCCs are legally used as additional revenues to finance the General Appropriations Act (GAA) — which means basic services might be affected if it is appropriated to another program like the MIF.

“I am happy and thankful that President Ferdinand Marcos, Jr. agrees with my position that the GOCC dividends should not be utilized as seed money for funding the Maharlika Investment Fund (MIF) because these dividends are traditionally and legally used as additional revenues to finance the GAA, more particularly basic socio-economic services on health, education, food security, employment generation, and infrastructure development,” the opposition lawmaker said.

“GOCC dividends must not be securitized or sequestered to fund the MIF because they are used for budgetary support to augment the sources of financing the GAA. They must not be parked in long-term investments,” he added.

“Additionally, sovereign wealth funds must be effectively owned and controlled by the Government because they represent the State’s wealth. They must not be the subject of Initial Public Offering (IPO) which could lead to private control. Government ownership cannot be limited to less than 50%,” he added.

However, due to criticisms and fears from lawmakers and netizens that pension benefit payments to GSIS and SSS members may be affected, proponents of the bill removed these proposed allocations along with the P25 billion from the GAA. This left the final version of the MIF with P110 billion, including the P75 billion from LandBank and DBP.

Without the LandBank and DBP allocations, the MIF will be left with just the Bangko Sentral ng Pilipinas dividends and the Philippine Amusement and Gaming Corporation (Pagcor) contributions that have a combined worth of P35 billion.

Lagman’s fears about GOCC dividends being included as part of the MIF came after his fellow Albay lawmaker, House ways and means committee chairperson Rep. Joey Salceda said in an interview with the ABS-CBN News Channel that he along with other House members were tasked to “reengineer” the SWF.

This came after the proposed bill lost key sources of funding as mentioned earlier. Aside from tapping GOCC dividends, there were also proposed new versions of the bill where it would be opened to foreign investments — something that Lagman is also against.

President Marcos however was visibly baffled when asked about Salceda’s statements that they would be using GOCC dividends to fund the MIF, saying that he is not aware of that.

“I don’t know what he is saying that I approved. It may be the original language for the bill. There were consultations on that,” Marcos said.

“Maybe Cong. Joey is referring to our exchange of communication before the bill was filed to see if that’s the direction that we wanted to do. So, we came to a consensus,” he added.

Don’t miss out on the latest news and information.