BlackRock head of iShares investment strategy Gargi Pal Chaudhuri discusses the value of ETFs and how they help investors stay invested on ‘The Claman Countdown.’

Thirty years ago, the launch of the first exchange-traded fund ushered in a new era of investing. Now, the industry is bringing exotic trading strategies to the masses.

The SPDR S&P 500 ETF Trust, which tracks the benchmark U.S. stock index, gave investors the ability to buy and sell hundreds of stocks through a single, publicly traded share for the first time.

The SPDR ETF and the funds that followed popularized the idea of simply following the market, a strategy known as passive investing. 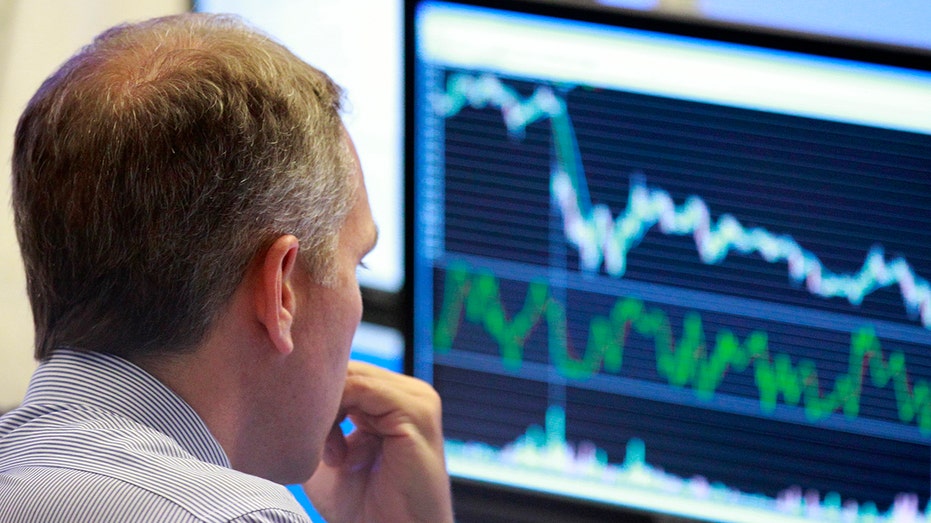 A trader looks at his screen on the floor of the New York Stock Exchange June 29, 2010. Investors fled the U.S. stock market on Tuesday and the S&amp;P 500 tumbled to its lowest level in eight months in a sell-off triggered by a wave of increasin (REUTERS/Brendan McDermid / Reuters Photos)

Today, there are ETFs tracking dozens of asset classes, sectors and investing themes. The funds are favored for their low fees and advantageous tax structure compared with traditional mutual funds. Their popularity continues to grow, even in the midst of a bear market.

2 WARREN BUFFETT ETFS TO STOCK UP ON

Few could have predicted the SPDR fund’s impact when it launched on Jan. 22, 1993.

“At the time, it was not a watershed moment, but it’s now hard to imagine investing without ETFs,” said Todd Rosenbluth, an industry veteran and head of research at VettaFi. “A whole generation of investors only thinks about using ETFs to get diversified exposure. They’ve opened up markets that previously were harder to obtain access to.”

The industry is quickly expanding to include active management and more exotic investing products like leveraged and inverse funds. Proponents say the suite of cheap investing options has helped democratize investing. Others, noting the fast growth of risky ETFs that use leverage to amplify both returns and losses, are sounding the alarm about the potential fallout for inexperienced investors.

For years, ETFs have gained ground on mutual funds, the traditional broad-based investment option still favored by 401(k) retirement plans. That trend accelerated in 2022. U.S. ETFs took in almost $600 billion on a net basis in 2022, second only to 2021’s record inflow, according to data from Morningstar Direct. Investors pulled nearly $1 trillion from mutual funds. That marked the largest gap in flows between the funds on record.

To be sure, ETFs aren’t on track to overtake mutual funds soon. ETFs had $6.5 trillion in assets at the end of 2022, versus $16.3 trillion for mutual funds. The SPDR ETF, best known by its ticker symbol SPY, remains the largest ETF, a behemoth with roughly $370 billion in assets.

Most ETFs are similar to index-tracking mutual funds, with several key advantages. ETFs can be bought and sold throughout the trading day, unlike mutual funds, which price once daily at market close.

Perhaps most important, their fees are significantly lower. The average expense ratio for index equity ETFs was 0.16% in 2021, or $16 annually per $10,000 of investment funds, compared with 0.47% for equity mutual funds, according to the Investment Company Institute.

“When you have underperforming active managers with a high fee, and you’re getting hit with a capital-gains tax, that’s going to lead people to leave,” Mr. Bartolini said.

ARE SINGLE-STOCK ETFS A GOOD IDEA?

The downturn gave savvy investors an opportunity for tax-loss harvesting—selling funds to realize a loss and writing it off for tax purposes. A popular tax-loss harvesting strategy is to sell a mutual fund and quickly purchase an ETF with similar holdings. That practice, known as a wrapper swap, allows investors to realize a loss for tax purposes while staying invested.

Popular active ETFs include Cathie Wood‘s ARK Innovation, an active fund that invests in “disruptive” companies, primarily unprofitable firms in the tech sector. Shares of the fund, a favorite among individual investors that soared during the pandemic, plunged 67% in 2022.

Yet despite the poor performance, investors continued to pour funds into ARK. Individual investors showed similar interest in other speculative ETF offerings, including leveraged funds, raising concern over whether the industry is making it too easy for individuals to make risky bets.

For example, the Direxion Daily TSLA Bear 1x Shares ETF, launched in August, aims to provide the exact inverse performance of Tesla Inc. shares. The ETF is the first based around a single stock, according to Mr. Bartolini of State Street. It is the latest example of ETFs allowing widespread access to the kind of trade that once was reserved for institutional or high-net-worth investors with access to Wall Street dealers.

“I hope for the sake of the investors who are using leveraged funds, they really have done their homework and understand the risks that are inherent with these products,” said Elisabeth Kashner, director of global funds research at FactSet.

Elon Musk testifies he would have sold SpaceX stock to take Tesla private in 2018 Workday (WDAY) Outpaces Stock Market Gains: What You Should Know

Boost Your Passive Income in 2023 With These 2 Stocks